To coincide with World Space Week and our current topic ‘On the Move’, we were delighted to welcome Richard Farrimond to school this morning.  In 1984, the then Major and soon to be Lieutenant Colonel, was selected to join the Space Shuttle programme and underwent NASA astronaut training in the USA.  Following the Challenger disaster in early 1986, the programme of regular Shuttle flights was cancelled before Richard had the opportunity to go into space. 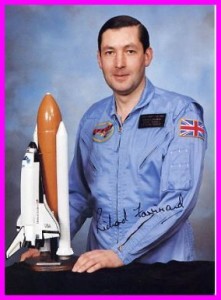 He kindly gave his time today to talk about his training and the Shuttle programme, as well as the upcoming Principia mission that will see Britain’s first European Space Agency astronaut Tim Peake spend six months on board the International Space Station.  The children watched a film and presentation, and a fortunate few got to try on a genuine NASA space suit for size.

Thank go to Richard, and his kind hosts in the village, for making this fascinating visit possible. 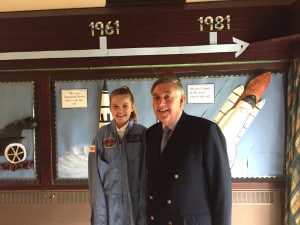